For the larger part of Bweela Steptoe’s childhood to teenage life, she was one of the models used for her father’s books. She modeled for many different characters. He used both her and her brother Javaka Steptoe, who is also an author and illustrator of children’s books, as models in “My Special Best Words” and “Daddy Is A Monster Sometimes” where she narrated the stories. She is also the model for both of the main characters of one of John Steptoe’s most famous and highly acclaimed books, Mufaro’s Beautiful Daughters.

The third season nationwide tour of, Mufaro’s Beautiful Daughters has been produced by the Dallas Children’s Theater. Bweela traveled with the tour during the public shows offering John Steptoe merchandise and displayed various pieces of John Lewis Steptoe’s artwork during the duration of the performances at each venue. Bweela Steptoe also visits classrooms, libraries, colleges, universities, presenting a focus on John Lewis Steptoe the artist, her father and, person.

Bweela shares her experiences as his daughter.

Our focus is to expose a variety of activities to evoke creative and joyful expression including:

All programs will demonstrate sensitivity and support of LGBTQ issues.

How to sew, drape and make a pattern. Under FASHION, we will also offer makeup and modeling classes.

Class will study a variety of architectural styles and how they relate to self and environment. Participants will learn to construct their own miniature buildings.

Other authors and illustrators are invited to read their books.

We will have a small library at the JLSCC for kids and adults with reference to ART, EDUCATIONAL, FASHION etc.

We will also have a staging area for small performances.

Steptoe books and artistic memorabilia will be sold in the center, a percentage of sales will be donated to other community causes.

All programs will demonstrate sensitivity and support of LGBTQ issues.

Bweela Steptoe presenting the Life and Legacy of John L Steptoe at Cleveland Elementary School NW, with An Open Book Foundation., May 2017.

Bweela Steptoe has delivered workshops and other presentations at some of the following institutions:

Mufaro’s Beautiful Daughters’ has been adapted as a play traveling nationwide, with over 150 performances. September 2016 to July 2017 was the most recent tour. 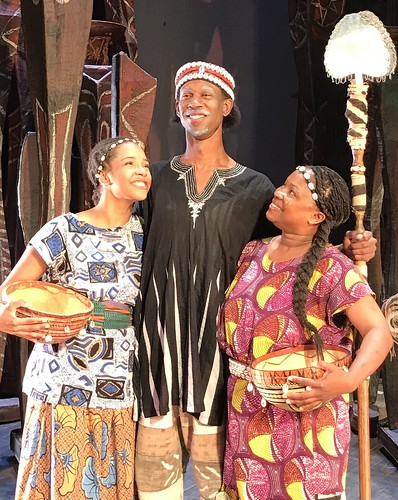 Helping Children All Over the World

How You Can Get Involved